In 1835, fifteen years before the Bear Flag Rebellion that established the California Republic, Mexican General Mariano Vallejo laid out the streets of Sonoma around an 8 acre town square. The square is known locally as The Plaza, and is the crown jewel of Sonoma’s architectural heritage.

Between 1836 and 1840, the General’s Brother, Don Salvador Vallejo, built his family home in the middle of the block on the north side of the Plaza. That beautiful adobe structure still stands today. As a hotel, the home is said to have served as a stagecoach stop in the 1870’s. In 1892 it was acquired by the Toroni family and run as the Ticino Hotel, serving railroad passengers and employees who stopped in Sonoma to spend the night. When another hotel on the west side of the Plaza burned to the ground, the Toronis simply took its name for their own, and to this day the Vallejo home is known as the Swiss Hotel.

Hank Marioni is the fourth generation of his family operating the Swiss Hotel as a hotel and restaurant. His great grandfather, Mose Mastelotto, purchased the building in 1923, and it passed from him to his daughter, Antonetta and her husband Henry Marioni in 1929. In 1945, their daughter, Helen, and her husband Ted Dunlap took over, running the Swiss Hotel until 1991. At that time, their nephew Hank Marioni spent one and a half years remodeling and retrofitting the building, and re-opened the Swiss Hotel as a modern hotel and restaurant while preserving the historic charm.

With a bar that is virtually unchanged through four generations, and walls covered with a photographic history of the town, its people and notable visitors. The Swiss Hotel remains today, as it has for well over 100 years, a beautiful reminder of Sonoma’s colorful past. 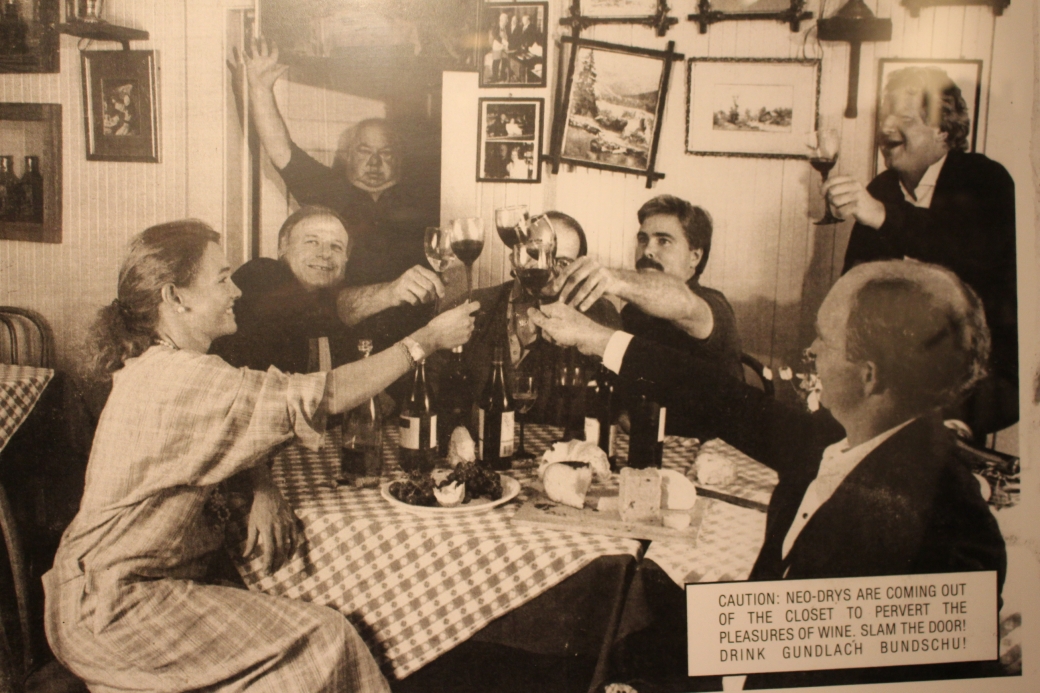 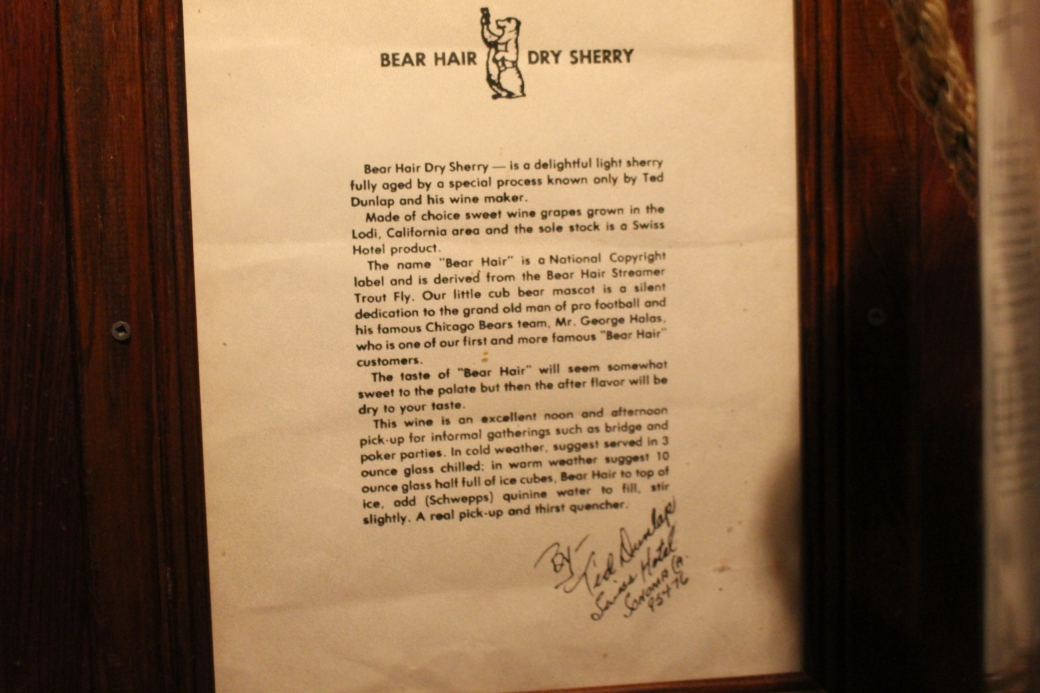 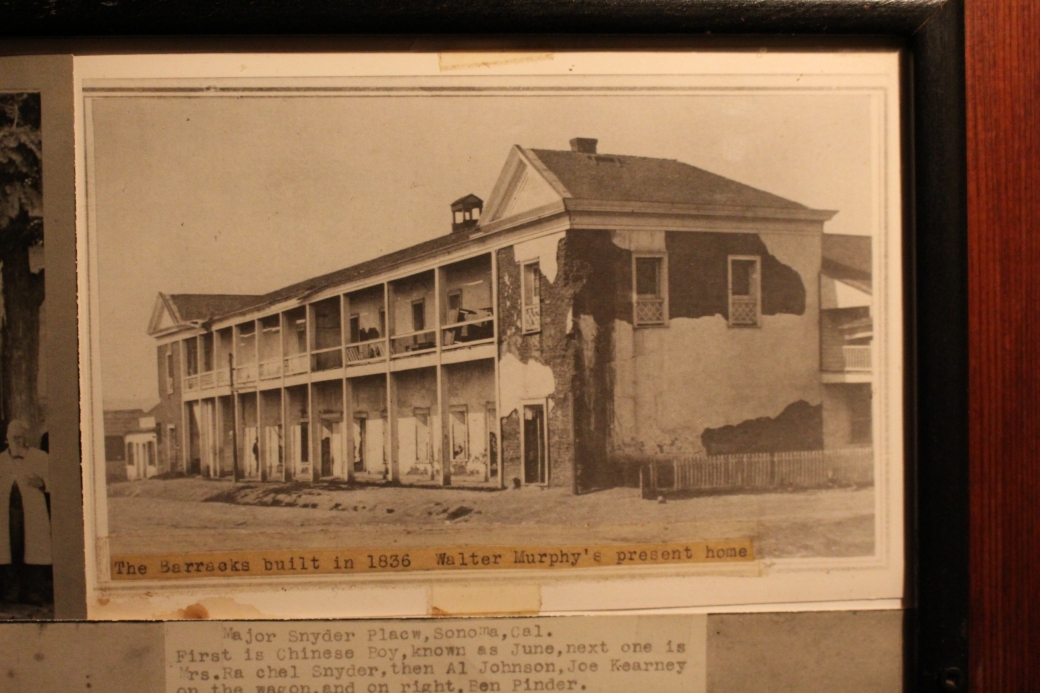 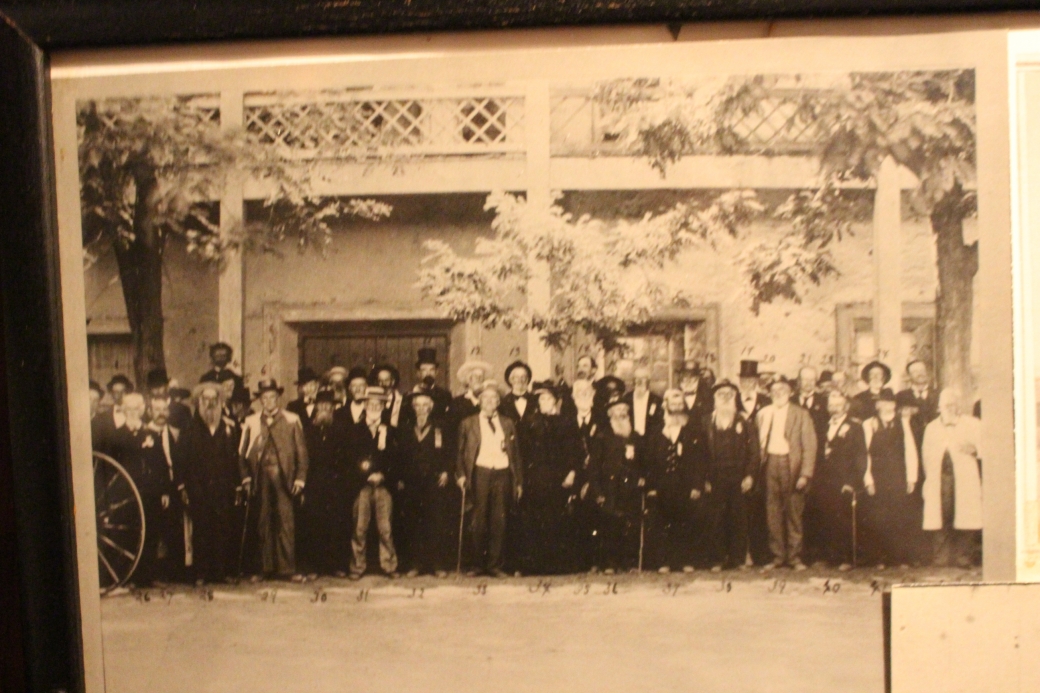 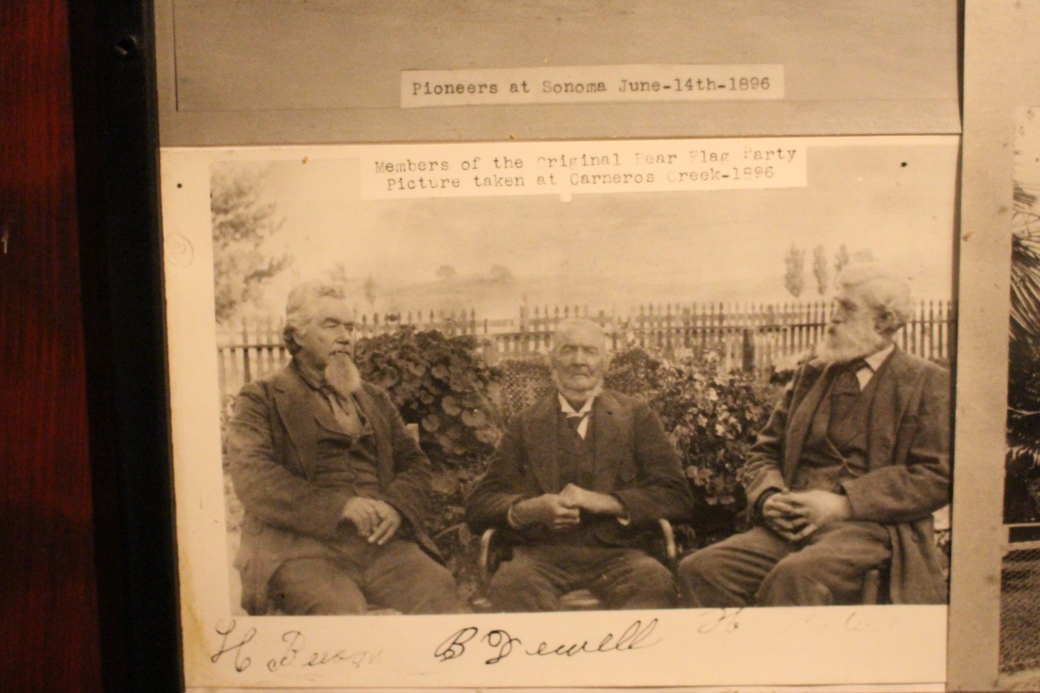 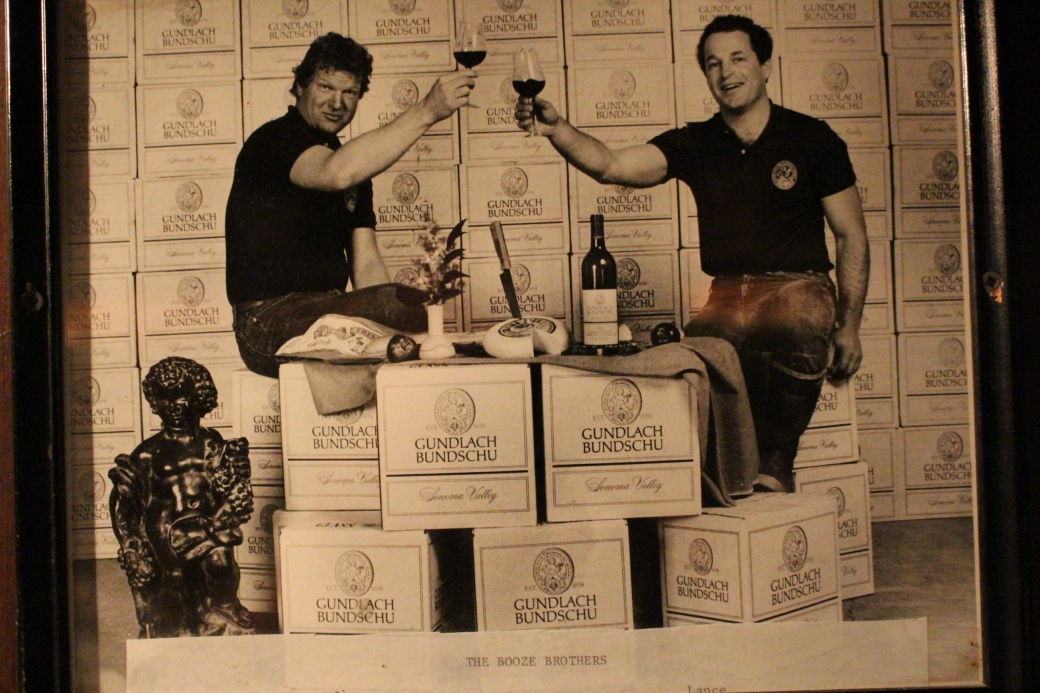 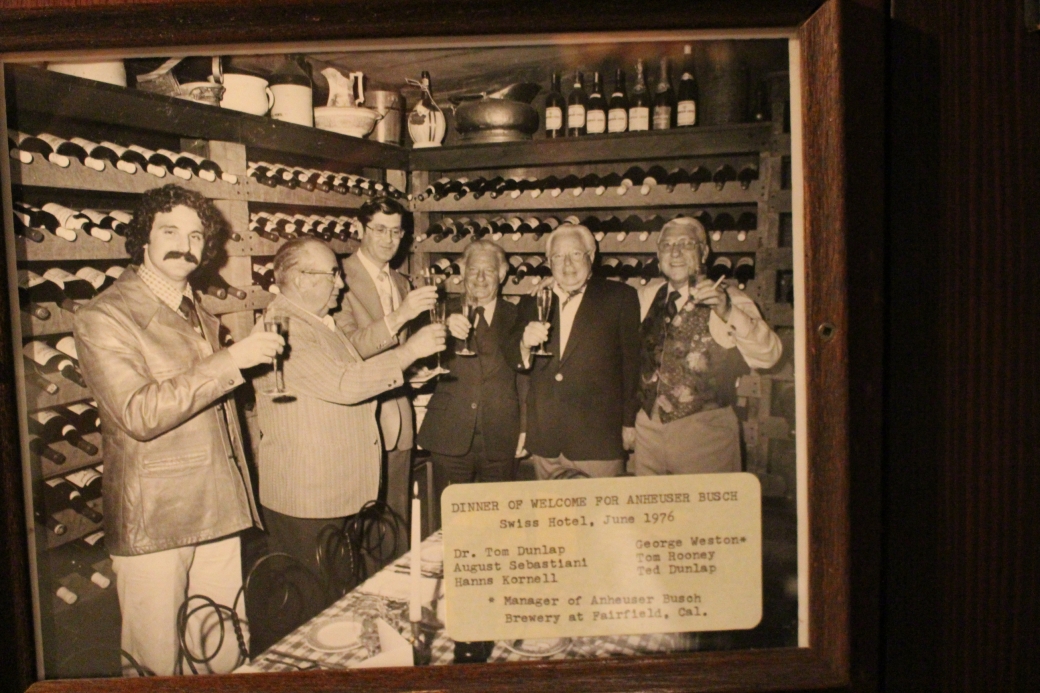 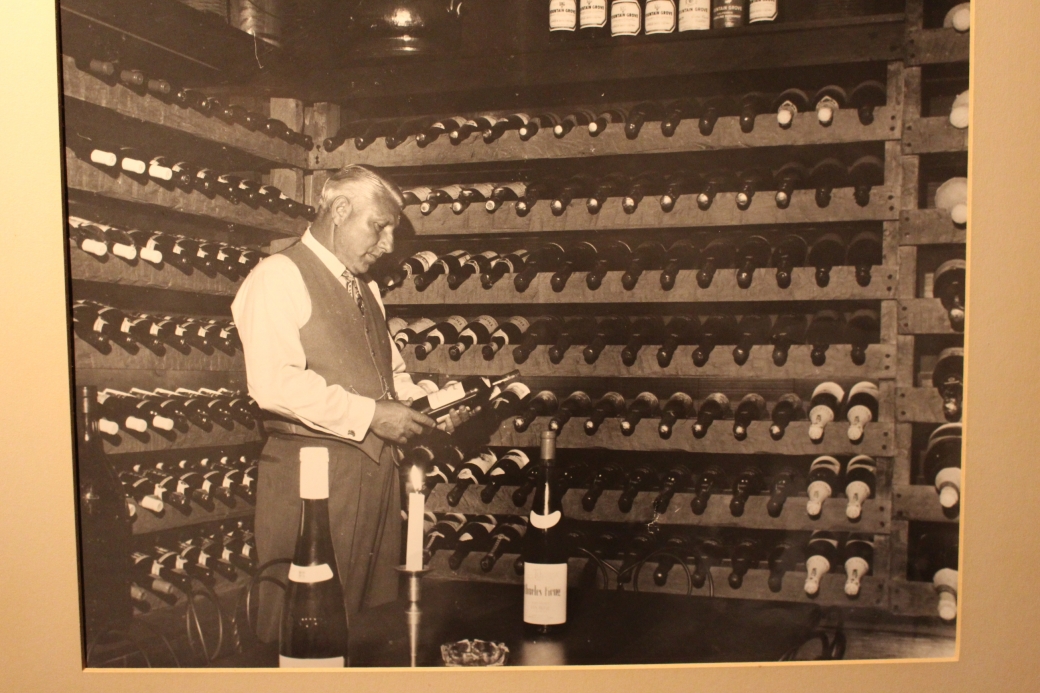 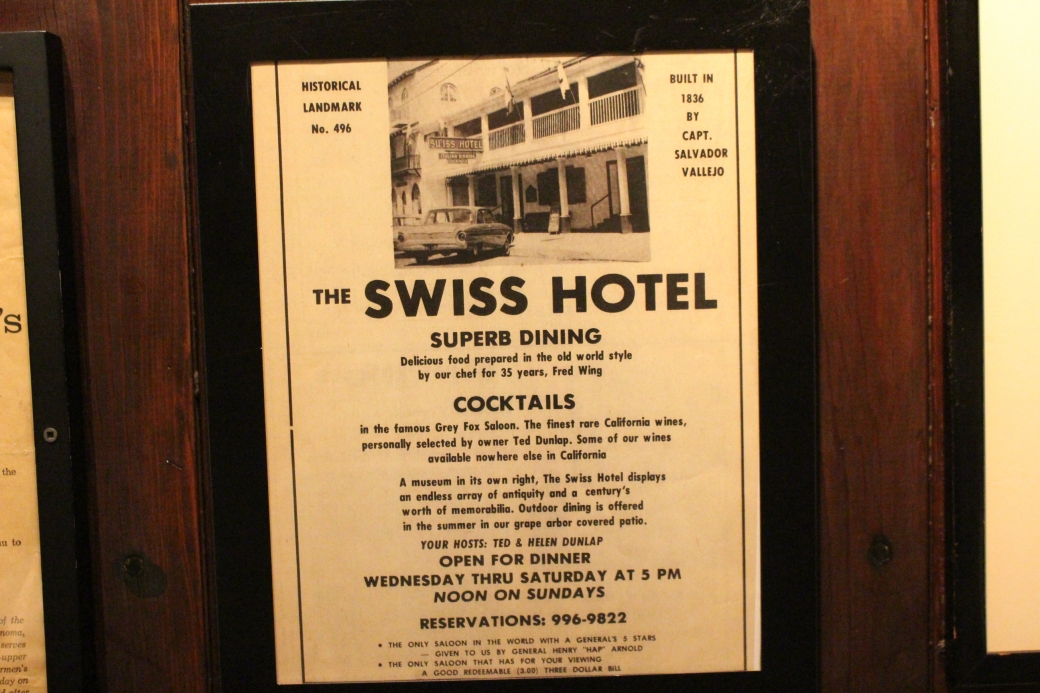 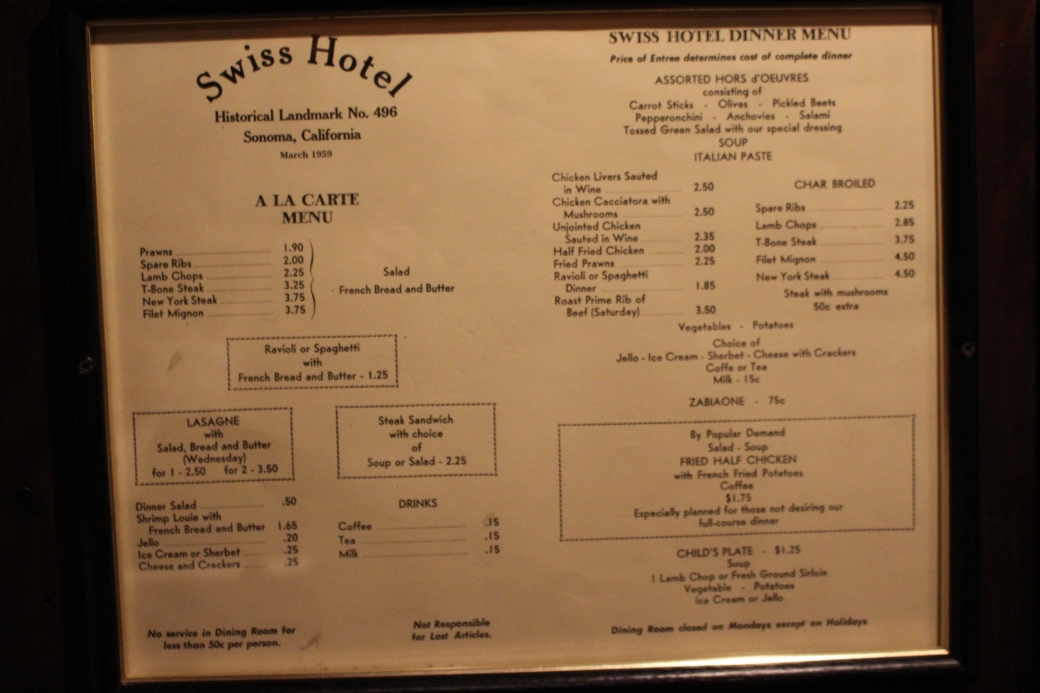 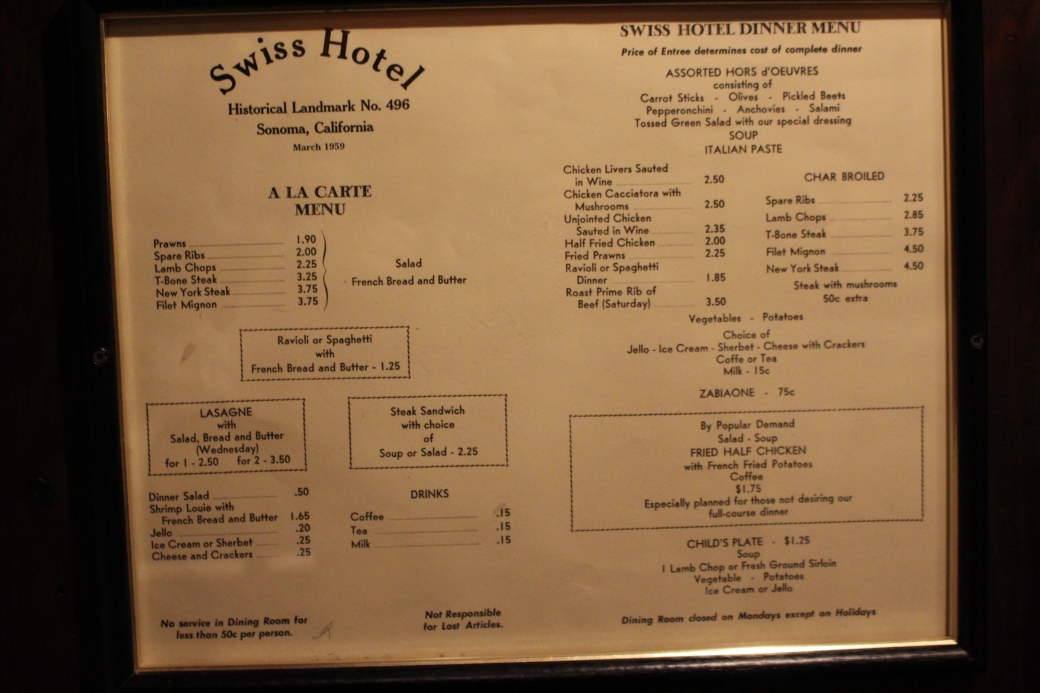 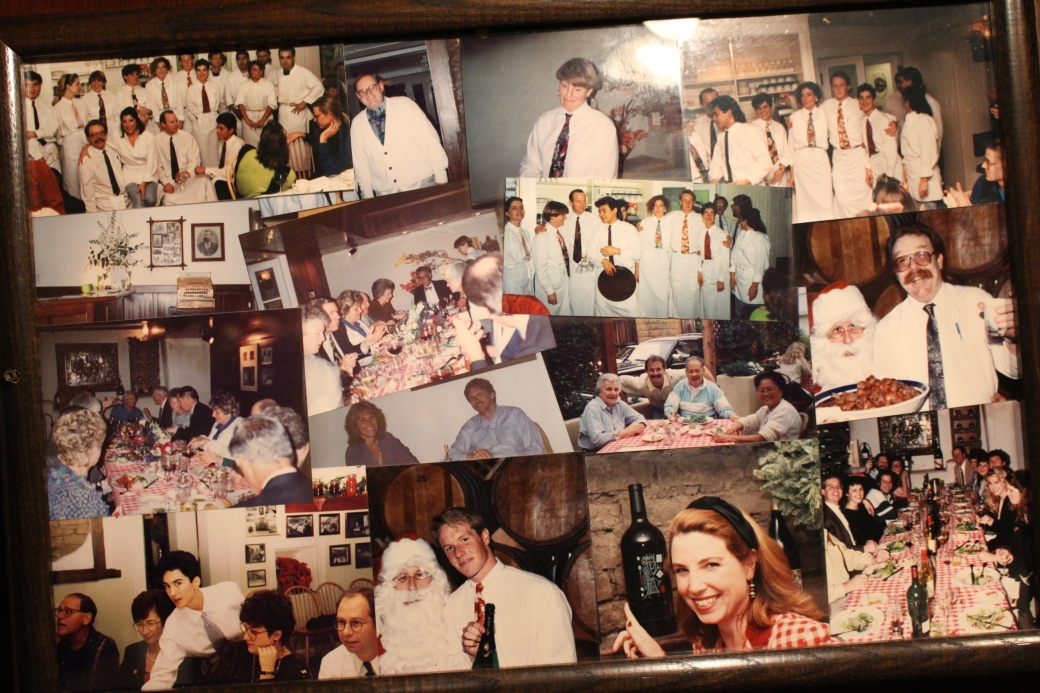 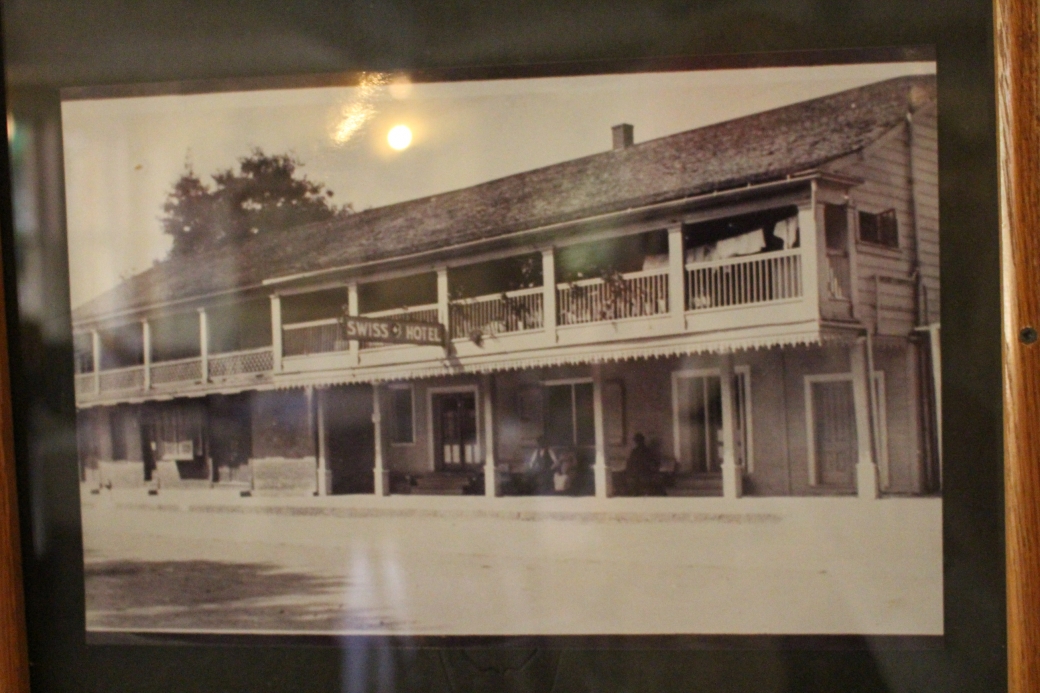 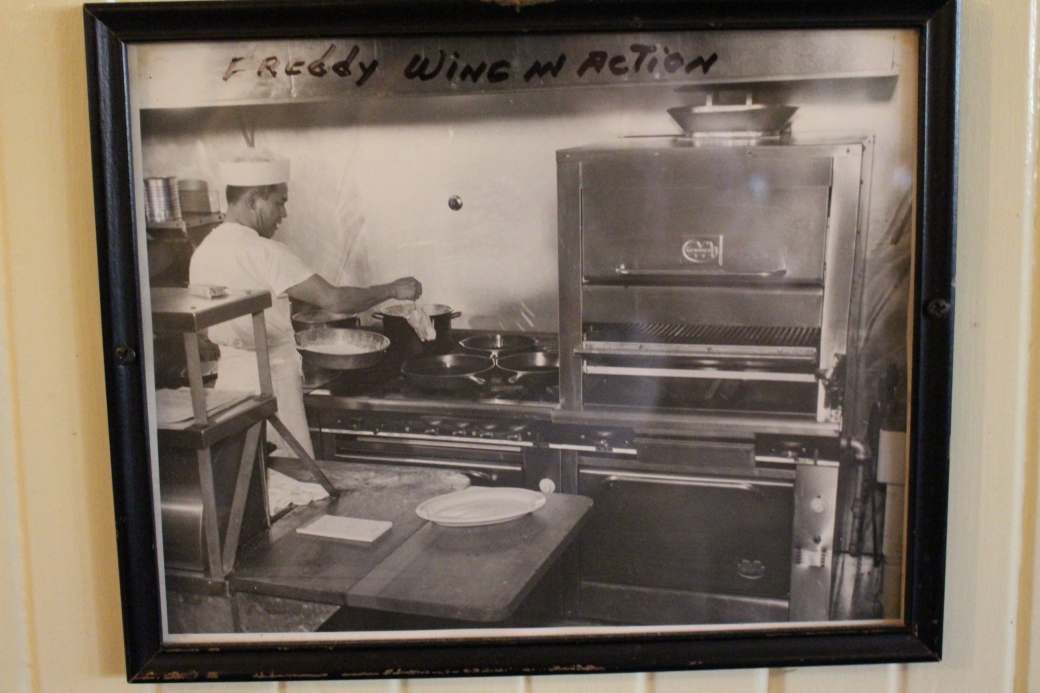 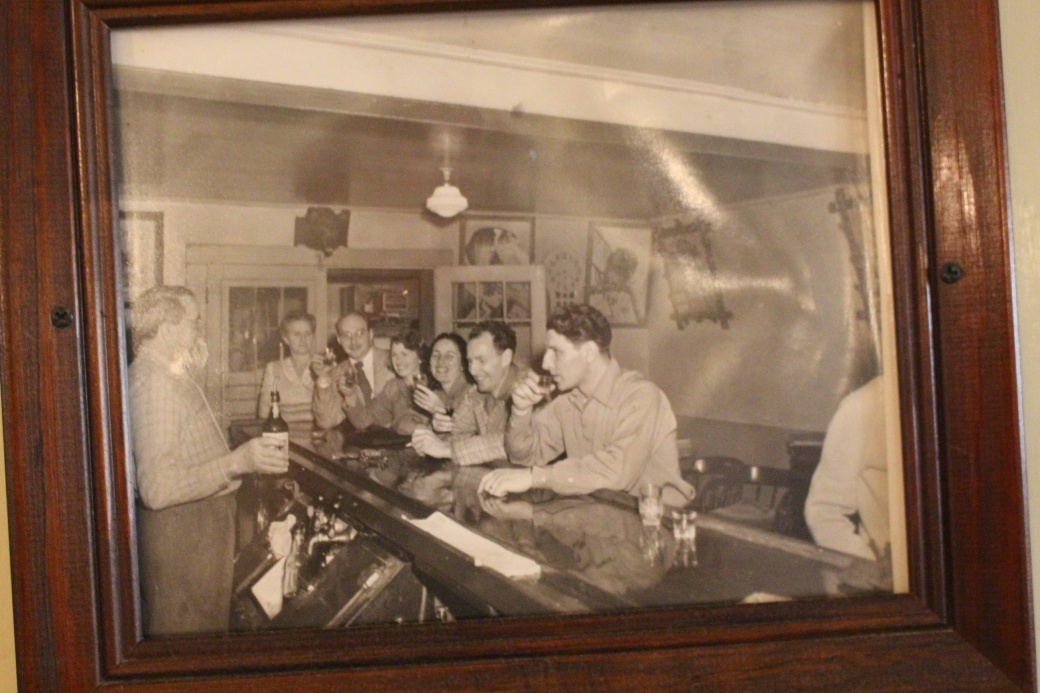 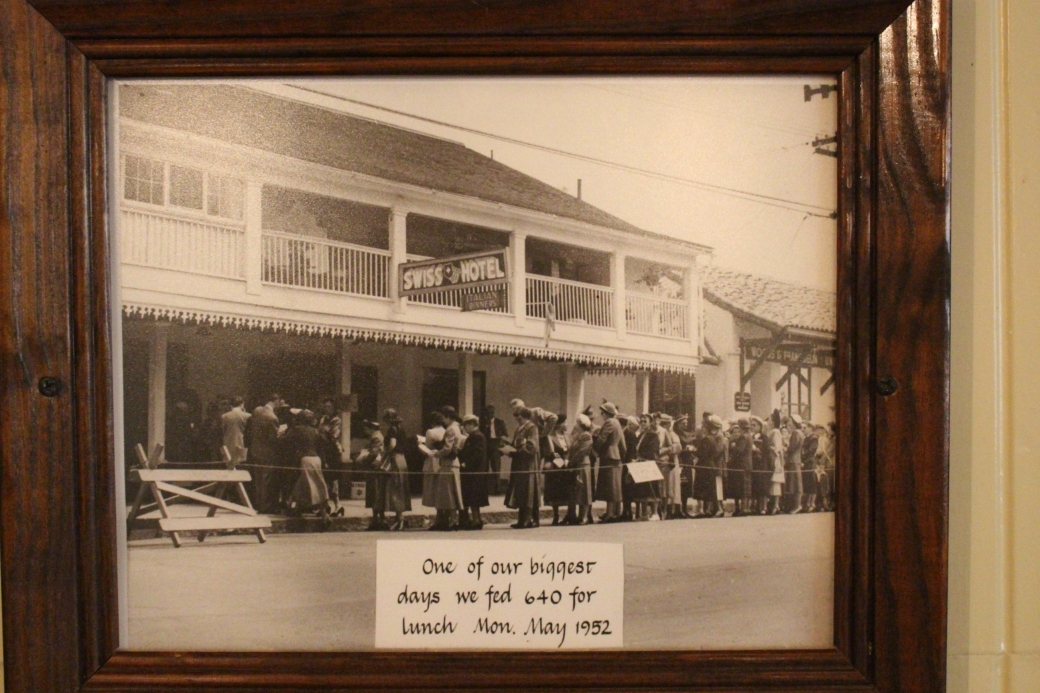 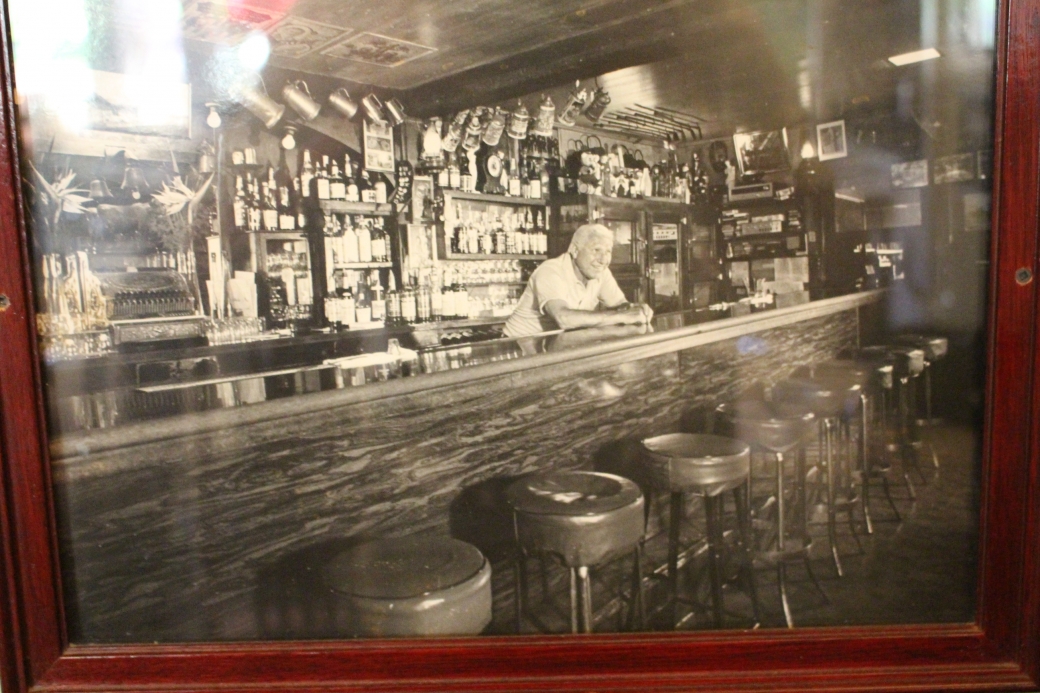 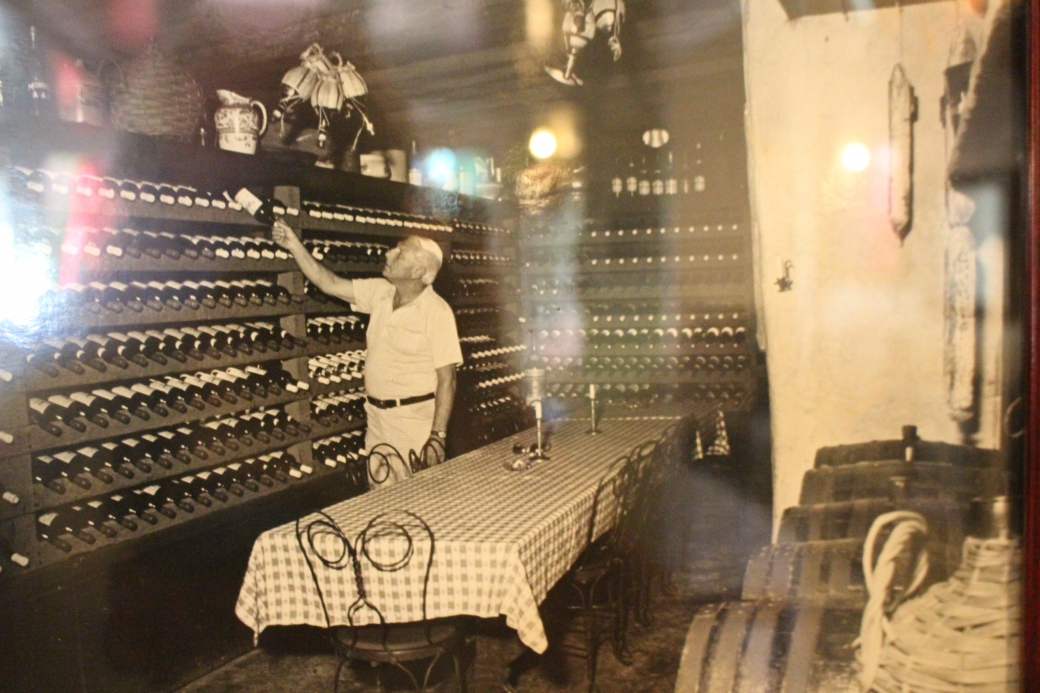 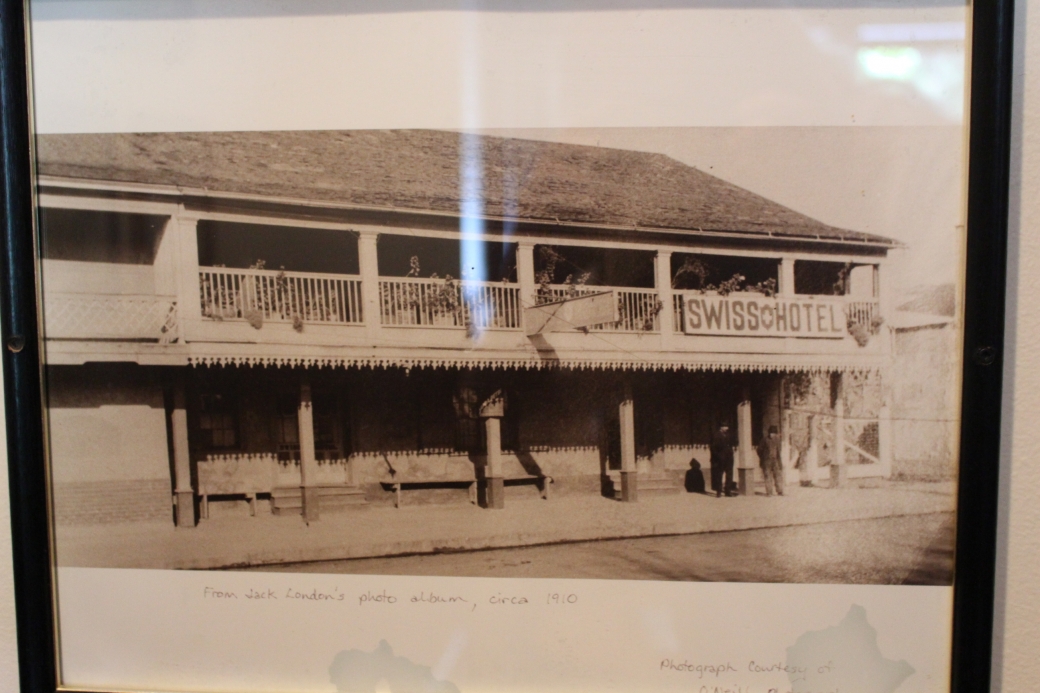 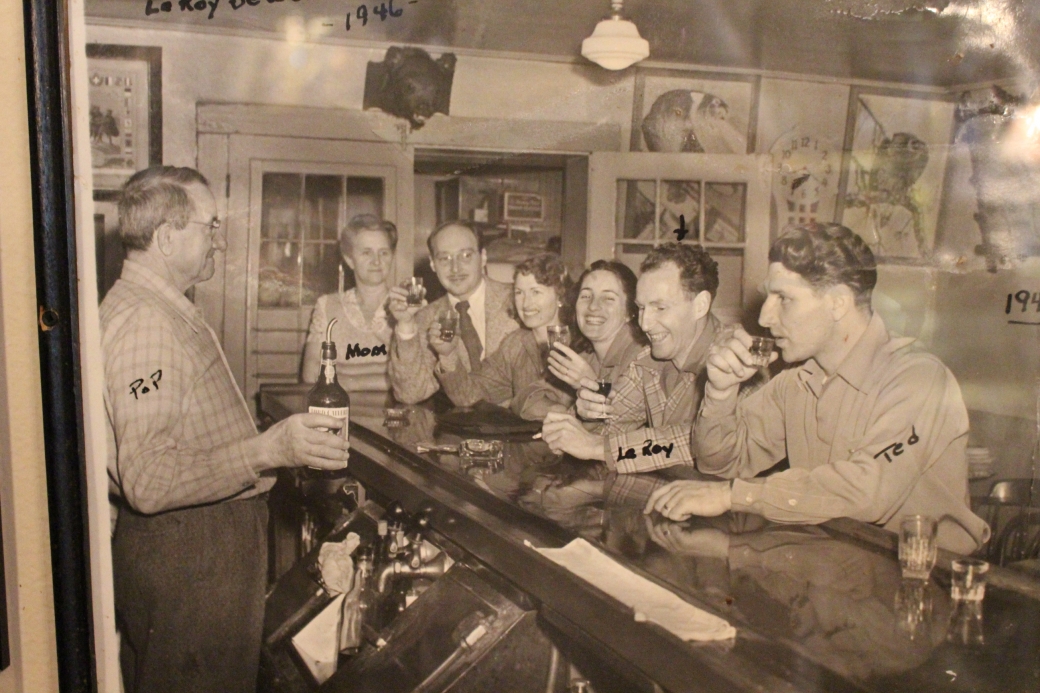 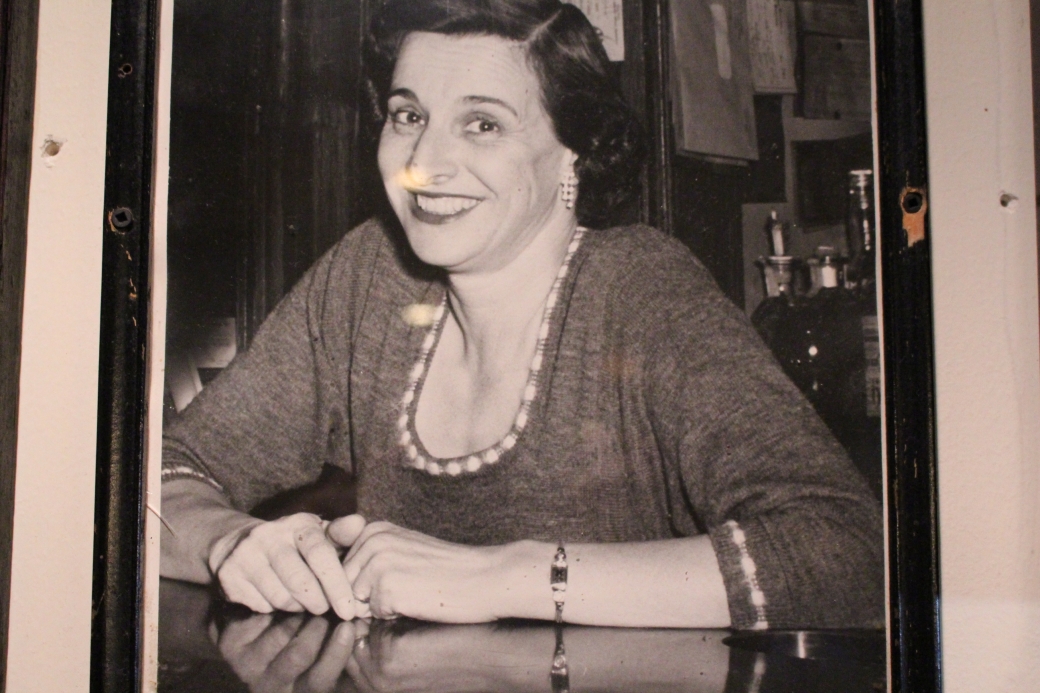 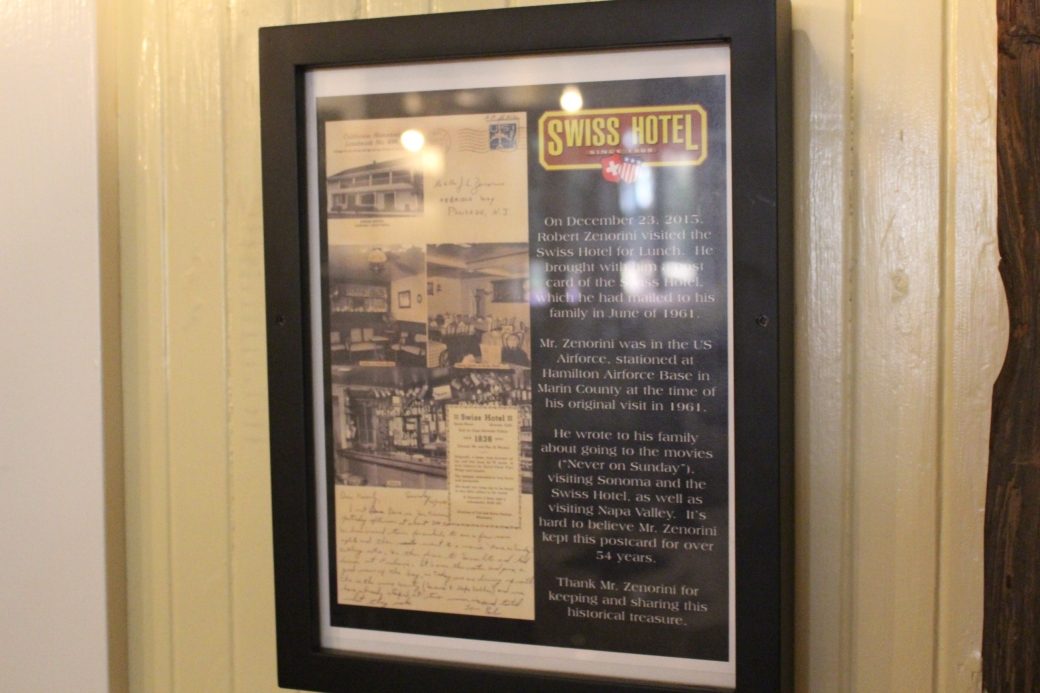 Thank you for joining us.  We are so thrilled to be opening our doors to serve Sonoma once again. We have been following the latest guidelines from the CDC  to create a safe space for all our guests.

All recommended precautions have been taken to ensure that our team is healthy and that it is safe for them to serve you.  These precautions include:

We have retrained and tested our teams to ensure they have the knowledge and skills to effectively deliver a healthy and enjoyable experience for you.

Due to the fact that we have decreased our seating by 60%, we would appreciate your consideration on limiting your seating to your reservation maximum of 2 hours.  Our kitchen and service staff with work diligently to service your needs accordingly. Reminder to you, please wear your mask at all times unless seated at your table.

Thank you for your loyal patronage and we look forward to serving you during these strenuous times.